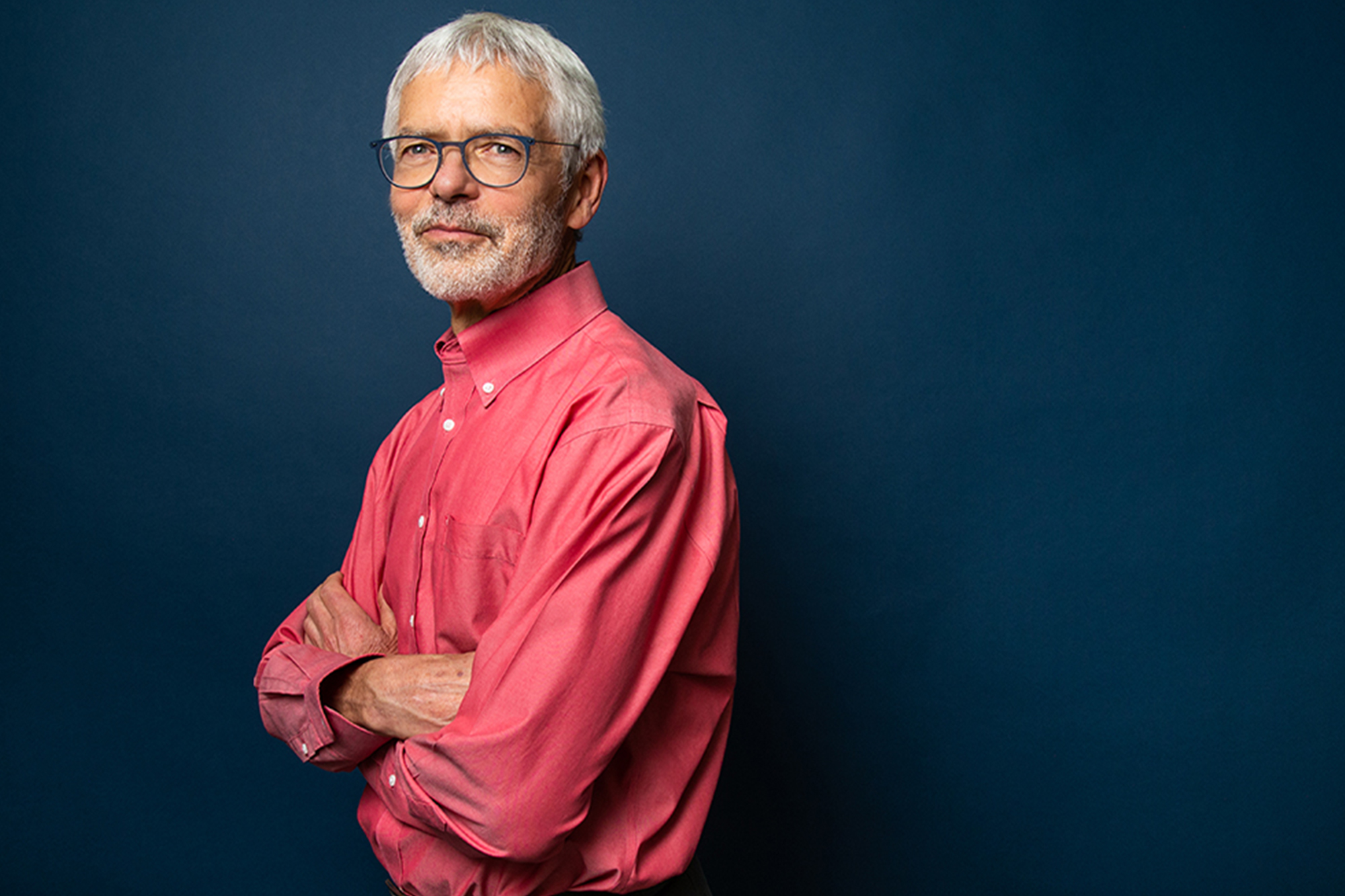 When David Hillyard, BS’73, was recognized in November with a Healthcare Hero Award, he was quick to share the love. “This honor should really go to the fantastic team of individuals I’ve been working with who have made high-capacity, quality COVID testing possible,” Hillyard said. “It’s very flattering, but every day I just think about the critical contributions front-line laboratory workers make for this effort every day.”

The sentiment is typical of the collaborative and generous nature of the Professor of Pathology at the University of Utah School of Medicine and founding Director of Molecular Infectious Disease Testing at ARUP, the largest academic laboratory in the country.

“This year, Utah’s healthcare leaders went above and beyond, pivoting their time, creativity, ingenuity, and magnanimity to face off against a global pandemic,” read the Utah Business citation. “This is only the beginning of our nation’s battle against COVID-19 … and we are so grateful to these warriors for leading the charge.”

Hillyard’s interest in the U started with a love of Ute basketball in the era of its legendary coach Jack Gardner, known as “the Fox,” who shepherded five All Americans, including Billy “The Hill” McGill.

“In high school, I visited the U for hosted debate and drama competitions and got a glimpse of its campus. I never thought I could afford to go out-of-state for college and saved all of my earnings … to be able to pay for at least a first year at the U.”  Scores of lawn mowings later and he had tuition which at that time was $175 per quarter. “I also had the academic blessing,” he says,“ of my Uncle Charlie, a renowned nuclear physicist, who received his PhD at the U and gave the science departments a high rating.”

Hillyard’s acceptance to the U was transformative for the Ogden native whose “first rate education” in biology and chemistry was elevated by the extraordinary opportunity to participate in basic research beginning his sophomore year. Professor K. Gordon Lark would arrive during Hillyard’s sojourn in the Department of Biology, now the School of Biological Sciences, and the legendary chair, who passed away in April, turbo-charged the department with newly recruited faculty of outstanding molecular biologists and distinguished visiting professors.

The expanding breadth and rigor of the department was an accelerant to Hillyard, allowing for him graduate level exposure to biology as an undergraduate but most importantly, he says, personal mentoring in bioresearch in “a thrillingly fun environment. Without question, these short years were the foundation for a happy career and any professional successes to come.”

As an undergraduate in Dr. Baldomero “Toto” Olivera’s lab, he worked on differences in pathways and magnitude of turnover of the metabolic cofactor NAD in e. colio and Hela cells.  “My fondest memories of my time at the U are informal dinner parties with lab mates and visiting scientists at the home of [Toto]” he recalls, adding that the “[l]ate night jaunts with Toto to the Roadway Inn for apple pie ala mode and experiment planning rank way up there too.” Many would agree with him that Olivera’s mentoring of undergraduates at the U is legendary.

Later, with the advent of polymerase chain reaction (PCR), a kind of molecular photocopying now commonly used in biology labs, Hillyard collaborated with Olivera on the identification and cloning of conopeptide genes from venomous marine snails, groundbreaking work that has since been widely celebrated as a potential replacement for opioids and their vaulting addictive properties. “As a clinical pathologist,” says Hillyard, “my work has focused on molecular infectious disease test development and the clinical application of these tests.”

Following graduation from the U, Hillyard pursued medical training at Columbia University’s College of Physicians and Surgeons in New York City along with fellowship training in pathology. He then returned to the U for fellowship training in microbial genetics and medical microbiology followed by a position as assistant investigator with the Howard Hughes Medical Institute at the U’s School of Medicine. He also joined the faculty of the Department of Pathology.

Hillyard figured prominently in establishing a test to meet the nationwide demand for diagnosing COVID-19. Beginning in January he and researchers at ARUP validated one of the first high-throughput diagnostic COVID-19 tests in the nation. With Emergency Use Authorization from the U.S. Food and Drug Administration in late February 2020, Hillyard and his team worked around the clock to ensure they had a test ready to launch in March with a turnaround time of less than two weeks.

More recently Hillyard and his team have worked on developing co-tests for Covid-19/Flu AB/ and respiratory syncytial virus. “The scale and urgency of the project has certainly been challenging and a bit life changing,” he confesses, “but is dwarfed by the positive experiences of working with teams of dedicated laboratorians stepping up to the plate with their hard work, problem-solving, and commitment to do good.”

“There are so many surprises with COVID-19 that you’re never fully prepared, no matter how ready you think you are,” said Hillyard in the Utah Business profile in November, as he described preparing for flu season with cases continuing to rise. “The flu season hasn’t been very bad in the southern hemisphere this year, perhaps because of physical distancing and other measures taken to mitigate COVID-19 spread, but the flu will come.” 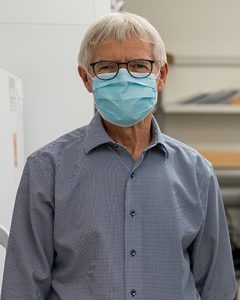 of the Olivera lab. Together with other government and non-profit health organizations they’ve studied the genetics of the virus in Utah and analyzed how its molecular makeup is evolving. The consortium has also conducted a major study comparing testing accuracy across different labs and instrument platforms.

No doubt the pandemic has been a singular time for all of us, but being on the frontlines of infectious disease testing has put a megaphone on all of it for Hillyard. Beyond family, he takes refuge in bicycling, especially hill climb racing. “I also love hiking, photography and as a wellness advocate for my department, [I] enjoy keeping up on the latest in food science. Unfortunately,” he admits, “I’m a terrible cook.”

Terrible in the kitchen or not, in his typical generous fashion Hillyard is quick to offer thoughtful advice to the next generation of scientists and health professionals. “[T]rain broadly, recognizing the importance of multiple skill sets for a successful career,” he says. “I would also suggest seeking out the best mentors at the best institutions in an environment where you can build personal relationships and also have fun.”

Dr. David Hillyard is a model U Biology alumni, transforming his immersion in undergraduate research with star, engaged faculty to a most elevated and award-winning legacy underscored by public service.

Uncle Charlie, it turns out, was right.