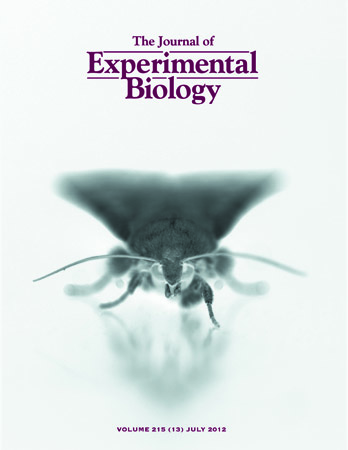 An essential part of sexual reproduction typically involves the identification of an appropriate mating partner. Males of many moth species utilize the scent of sex pheromones to track and locate conspecific females. However, before males engage in flight,warm-up by shivering of the major flight muscles is necessary to reach a thoracic temperature suitable to sustain flight. Here we show that Helicoverpa zea males exposed to an attractive pheromone blend (and in some instances to the primary pheromone component alone) started shivering earlier and took off at a lower thoracic temperature than moths subjected to other incomplete or unattractive blends. This resulted in less time spent shivering and faster heating rates. Two interesting results emerge from these experiments. First, the rate of heat generation can be modulated by different olfactory cues. Second, males detecting the pheromone blend take off at lower thoracic temperatures than males exposed to other stimuli. The take-off temperature of these males was below that for optimal power production in the flight muscles, thus generating a trade-off between rapid departure and suboptimal flight performance. Our results shed light on thermoregulatory behaviour of unrestrained moths associated with the scramble competition for access to females and suggest ecological trade-offs between rapid flight initiation and sub-optimal flight performance.