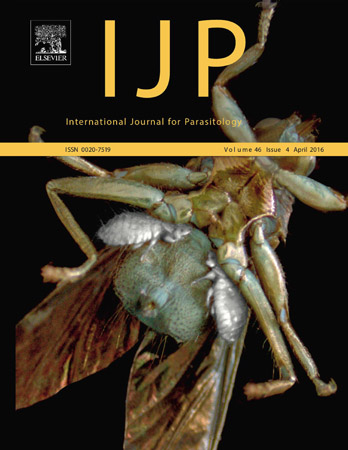 "Walk or ride? Phoretic behaviour of amblyceran and ischnoceran lice"

Phoresy is a behavior where one organism hitches a ride on another more mobile organism. This is a common dispersal mechanism amongst relatively immobile species that specialize on patchy resources. Host individuals are isolated in space and time, and parasites must transmit between hosts or they will die with their hosts. Lice are permanent obligate ectoparasites that complete their entire life cycle on their host. They typically transmit when hosts come into direct contact; however, lice are also capable of transmitting phoretically. Yet, phoresy is rare amongst some groups of lice. We propose that species able to disperse under their own power should be less likely to engage in phoresy than more immobile species. Here we experimentally tested the relation-ship between independent louse mobility and phoresy using a system with four species of lice (Phthiraptera: Ischnocera and Amblycera) that all parasitize a single host species, the Rock Pigeon (Columba livia). We quantified the relative ability of all four species of lice to move independently off the host, and we quantified their ability to attach to, and remain attached to, hippoboscid flies (Pseudolynchia canariensis). Our results show that the most mobile louse species is the least phoretic, and the most phoretic species is quite immobile off the host. Our findings were consistent with the hypothesis that phoretic dispersal should be rare amongst species of lice that are capable of independent dispersal; however other factors such as interspecific competition may also play a role.