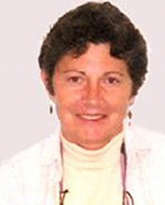 Ant-plant relationships are used as model systems to study the evolution of specialization in interspecific interactions. Thousands of plant species produce homes and/or nutritional rewards which induce ants to protect plant tissues from herbivory, to disperse seeds, and/or to supply essential nutrients. Evolutionary specialization and species-specificity are greatest in the symbiotic relationships of ants with myrmecophytic tropical trees, shrubs and epiphytes. Striking similarities among myrmecophyte-ant relationships on different continents are not due to common ancestry. Rather, preadaptations have facilitated the frequent evolution of ant-plants and plant-ants. The resource environments of plants, and competition among ants for hosts, have driven strong parallel and convergent evolution in preadapted lineages of plants and ants, respectively. Plant investment in biotic (ant) defenses correlates strongly with plant resource regimes and appears typically not to have coevolved with specific ants. Although phylogenetic analyses of plants and ants are unlikely to reveal tight cospeciation, they may reveal regular trajectories in the evolutionary diversification and condensation of lineages. For example, ants may be subject to "taxon cycles" in which genera first diversify and radiate onto many hosts, and eventually are driven by new and more competitive taxa to increased specialization, narrower distributions, and extinction. Dietary effects on the ecology and evolution of ants (Formicidae) (funded by the National Science Foundation) In lowland tropical rain forests, ants can comprise up to 94% of individuals and 86% of biomass in canopy arthropod samples. Although commonly viewed as predators and scavengers, ants are regularly more abundant than their supposed prey. Extraordinary abundance usually characterizes just 1 or 2 ant species (per sample) which depend strongly on carbohydrate-rich plant and homopteran exudates for food. Though % nitrogen of exudates is low, lower _15N values in these ants than in predatory species indicate that the former obtain more of their (growth-limiting) nitrogen at a lower trophic level than do predators. Lower % dry weight N in exudate- feeders than in predators (large-bodied ants only) may indicate lesser investment in protein-rich exoskeleton. Diets of abundant species have high CHO: protein ratios. CHOs in excess of those paired with protein for colony growth and reproduction may be directed at little cost to: (1) high tempo activities, correlated with high "dynamic densities" and rapid protein discovery; (2) defense of absolute territories (rare in ants, but more common in exudate-feeders), and (3) offensive and defensive exocrine products. Character mapping onto an ant phylogeny indicates that ants have switched from N-containing proteinaceous or alkaloidal venoms to N-free chemicals at least 4 independent times, coincident with changes in digestive morphology. We are currently conducting experimental and comparative tests of the effects of dietary CHO:N ratio on ant behavior and exocrine chemistry. Integrative studies of territoriality in rainforest ants (originated with NSF funding; currently supported by the National Geographic Society; other proposals pending) Ants of Asian rain forests display a diversity of (sometimes spectacular) traits utilized in interspecific and intraspecific territorial contests. Working in Brunei Darussalam, and using a combination of molecular phylogenetic, chemical, behavioral, and other analytical tools, we are attempting to assess both factors contributing to the origin and maintenance of these characteristics and the consequences of such traits for arthropod diversity in rain forests. Multi-scale spatial patterning in the distributions of microbial soil crusts and their component organisms (funded by the U.S. Department of Agriculture) Microbiotic soil crusts, comprised of cyanobacteria, lichens, mosses and free-living algae and fungi, are common components of arid ecosystems, where they provide a variety of ecosystem services, e.g., nitrogen fixation, erosion control, and perhaps resistence to non-native weeds. Distributions of component organisms across the microaspects of soil pedicels suggest that a combination of abiotic and biotic factors might determine the distributions of these organisms at a hierarchy of spatial scales. Requirements for particular microsites differing in climate and soil properties may also help to explain why recovery of disturbed soil crusts is so slow, because pedicelation of crusts occurs gradually. Degree of alignment of pedicels to the typical NNW-SSE axis may serve as a useful indicator of stage of recovery.