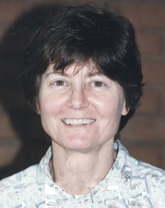 My research centers on understanding how plant traits function in mediating their host specific insects, whether these insects are mutualists or predators. Currently we are investigating the interactions between cycad cones and their specific pollinators. Cycads are dioecious gymnosperms whose diversity and abundance are much reduced relative to their peak in the Mesozoic. Many cycad species are endangered but little is known about their sexual reproductive activities. Most species are pollinated by insects that are dependent on their host cones for food and reproduction. Most pollinators are beetles, but an unusual pollinator found in Australian Macrozamia cycads are thrips that feed only on pollen. Cones of most species are thermogenic and produce strong odors that are thought to mediate the pollinator behavior. Our work has demonstrated how cone thermogenic processes mediate pollinator behavior by both repelling them away from cones and attracting them depending on specific cone traits.