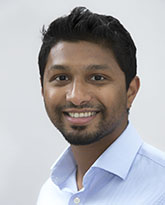 Speciation � the process by which one species splits into two � involves the evolution of reproductive isolating barriers such as the sterility or inviability of hybrids between populations. Even in his seminal masterpiece �On The Origin of Species�, Darwin could find no satisfactory solution to the apparent paradox of why natural selection would tolerate the evolution of severely detrimental traits such as sterility and inviability and, therefore, termed this problem the "mystery of mysteries". This �mystery of mysteries� is one of the most important and unanswered questions in biological research over the past 150 years: how do two species evolve from one? The Phadnis Lab takes a multi-disciplinary approach that leverages the power of genetics, genomics and cell biology to understand the molecular basis of speciation in Drosophila. In particular, we would like to understand broad patterns of the molecular pathways which, when tinkered by evolution, become incompatible between species and lead to the sterility or inviability of hybrids. The Phadnis Lab uses a combination of classical genetics and genomics approaches to identify genes that cause hybrid sterility or inviability, and cell biological approaches to understand the molecular basis of hybrid dysfunction. We are also interested in investigating the role of intra-genomic conflict involving segregation distorters as a driving force in speciation and in understanding the molecular mechanisms used by these selfish elements to tip the balance of meiosis in their own favor.