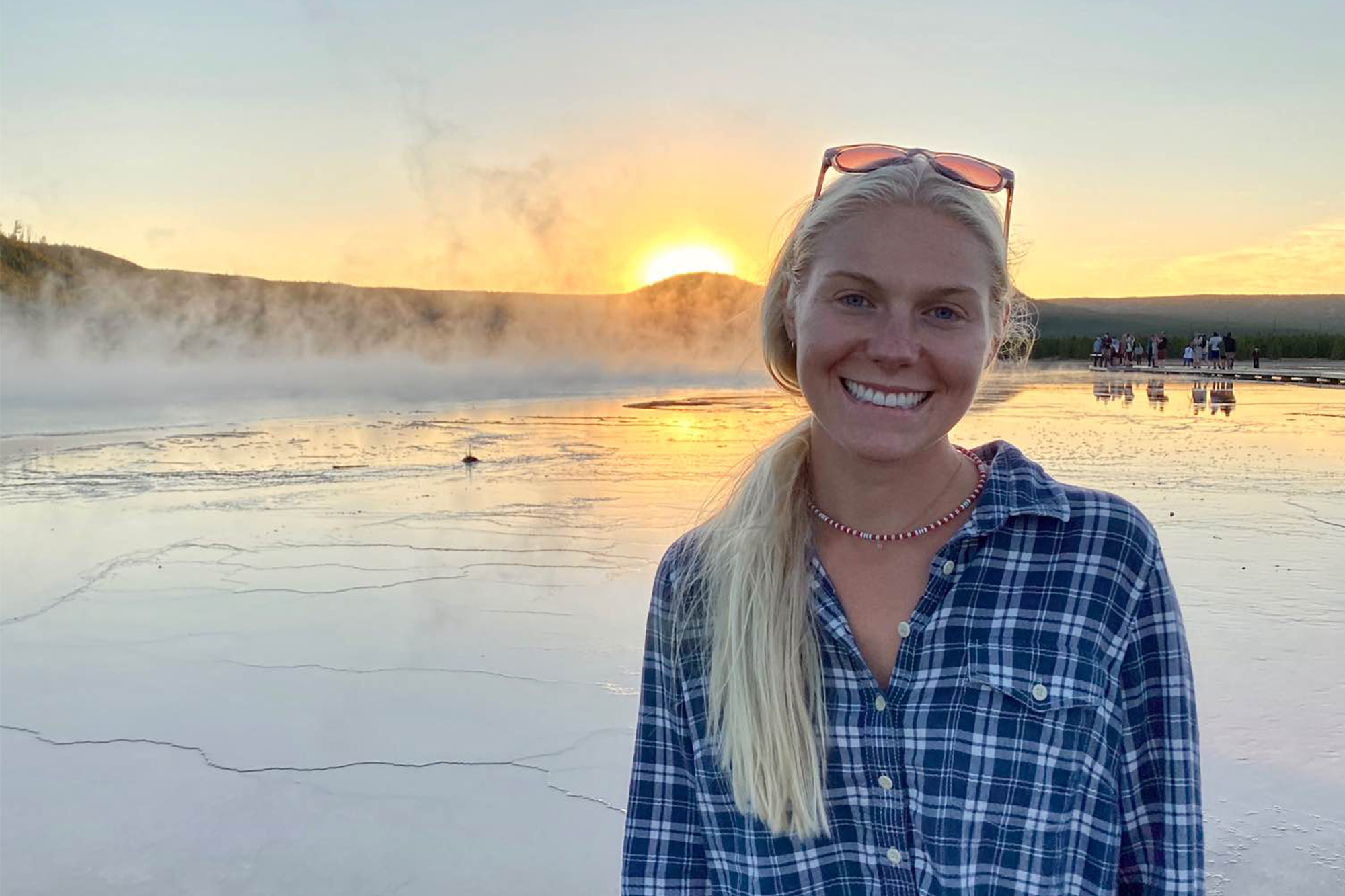 For a scientist it might seem counter-intuitive to value the notion that there is never a correct or final answer to a question. But for Alessandrina (“Alli”) Hoffman, an undergraduate researcher in the Brazelton Lab, this is exactly what she loves most about her work which stems from the Lost City Hydrothermal Field on the Atlantis Massif 750–900 m (2,460–2,950 ft) below the surface of the North Atlantic.

A long-lived site of what’s called active and inactive ultramafic-hosted serpentinization, Lost City is an area of alkaline hydrothermal events producing simple molecules such as methane and hydrogen which are fundamental to microbial life.

“I would have never considered [studying marine microbiology] as a young, first year student if it had not been for the opportunities presented to me by this institution,” she says, referring to the University of Utah and the School of Biological Sciences.

Hoffman is no stranger to new experiences—both on land and and in the data sets she studies that emerge from under the sea. While she was born in Missouri, she spent three years as a child in Dubai where she found people and ideas that were often radically different from, yet sometimes surprisingly similar to her own. The experience abroad, which included her travels to Africa, “not only provided me with the ability to view things in ways different to my own,” she says, “but caused me to question ideas and concepts that I had always assumed to be true. As a scientist, I believe that perspective is crucial to the understanding and development of novel hypotheses in scientific research.”

When she began her undergraduate career at the U, Hoffman knew she wanted to pursue a degree in biology. Curiously, that interest was not marine but astrobiology. It turns out that studying the microbial communities of the hydrothermal vents at the Lost City is thought to be a potential analog of early life on earth and, possibly, even one of Saturn’s moons known as Enceladus.

Joining the lab headed by Associate Professor William “Billy” Brazelton introduced her to the field of marine microbiology. “I was, and am still shocked to learn that such little research has been conducted on these bizarre extremophilic organisms deep within our oceans,” she explains. “Not only does this field of study have the potential for discovering the origins of life on Earth, but medically, these deep-sea hydrothermal vents that are studied are filled with viruses and novel metabolic pathways.”

Beginning Fall semester 2019, Hoffman began analyzing the metagenomes of these microbial communities and was “lucky enough,” she says, to receive an award and stipend through the U’s Undergraduate Research Opportunities Program. “This particular project,” she explains, “revolves around the question of how life can sustain itself within the subsurface of our planet at deep-sea hydrothermal vents. My research into how these novel microbial communities are extracting energy and food from Earth’s deep interior might inform the search for life on other planets.”

Call it a submerged back door to her original interest in astrobiology.

As an undergraduate researcher, Hoffman details the skills she’s picking up, including the extraction and purification of DNA from these Lost City underwater chimney vents. Additionally, she’s getting experience in metagenomic sequencing, and bioinformatic analyses of very large datasets and databases.

“The fact that so little is known of the genes and biogeochemical processes that allow for the survival of these organisms requires me to reconsider even the most basic biological concepts and inspires me to make new connections between the results on my computer and what I have been taught in every higher education biology class that I have taken,” she reports. As if she’s not already busy enough, Hoffman works at the same time as a teaching assistant in comparative physiology for another SBS faculty member, Professor Ayako Yamaguchi.

For Hoffman, learning by doing as an undergraduate in a lab extends beyond acquiring a technical skill set. Not unlike the gain of a new way of looking at the world—and life–she picked up in Dubai, she cites the expanded perspective she’s gained on the scientific process and the opportunity to contribute her own unique experiences and ability to form new and creative ideas based on what she gathers from her own research.

“While this project has been extremely tedious and on occasion frustrating,” she adds, “I have learned that I excel in projects that require such close attention. I have developed the ability to sort through large datasets to identify the data that are most relevant to my project and also the data that may be interesting in contexts outside of my project.”

Thinking unconventionally and paying attention to detail have allowed Hoffman to make connections between various datasets that were previously thought to be arbitrary or insignificant.

“In addition to my passion for oceans and their role not only on Earth, but in the universe, this love for my research has driven me to pursue a career in biological oceanography.”

“After graduation, I hope to have the opportunity to apply my unique undergraduate education and experience toward applying for a doctorate program that allows me to continue researching the diversity and evolution of microbial communities within the ocean.”