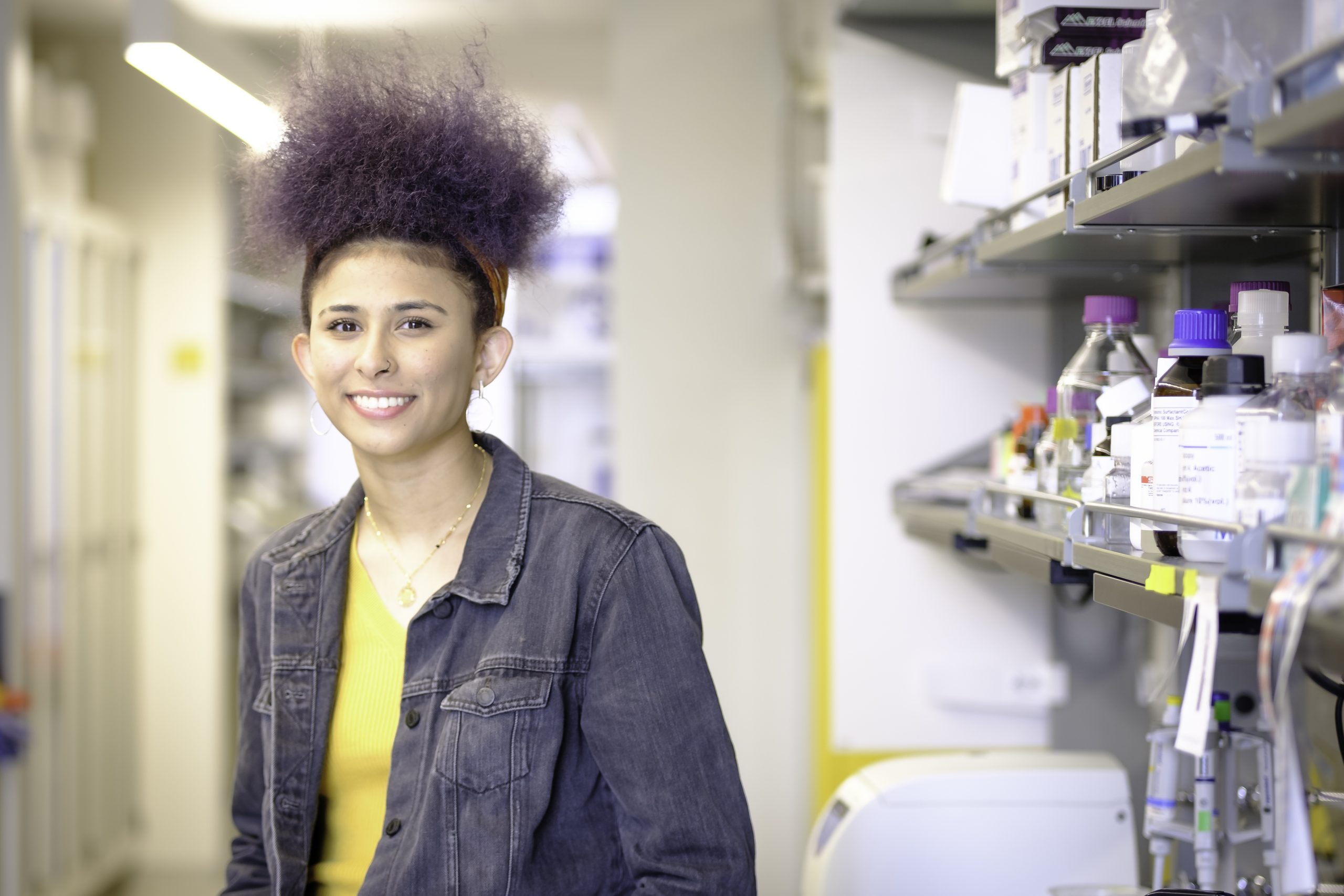 Sahar Kanishka, recipient of the 2021 Outstanding Undergraduate Researcher Award, remembers daily where her family came from, where they are now, and what opportunity there is for her at the School of Biological Science (SBS).   “I’ve always wanted to be a doctor ever since I was younger,” she recently explained in a video interview. “Because my family’s from Afghanistan and they actually fled from the Soviet invasion, they were telling me how the medical resources over there were very scarce when they were escaping. Like things we take for granted here [in the United States]. I want to be able to give back in some way. And that’s my way of giving back, becoming a doctor and contributing what I’ve learned here.”

What Kanishka, now in her junior year as an honors student, is learning happens largely in the Gagnon lab at the SBS where she and her colleagues are studying vertebrate lineage and cell fate choice along with cell signaling and genome engineering. Their subject model is the living zebrafish with which they are attempting to answer the question of how biology builds an animal with millions of cells. The question is complicated by the fact that those millions of cells are continually sharing information while shape-shifting at the same time.

A living organism is the culmination of science turning chaos and cacophony into a kind of marvelous symphony. Using CRISPR-Cas9 gene-editing technology, the Gagnon lab is busy marking cells with a genetic barcode that could later be used to trace the lineage of cells that in the zebrafish are similar to other vertebrates, including humans.

The micro “scissors” of CRISPR is no longer just being used to decode the genome, but to make a version, readable to humans, of what cells are doing in real time and how. It’s research that’s contributing to a sea change in genomic studies, and Kanishka is there at the bench experiencing it firsthand. The way Jamie Gagnon, Principal Investigator who holds the Mario Cappechi Endowed Chair at SBS, puts it, the research Kanishka is doing “may lead to a holy grail method for developmental biology—the ability to record developmental history, in living animals, with molecular and spatial resolution.”

Little wonder then that the Undergraduate Research Program at the University of Utah chose Kanishka for this year’s award. In his nomination letter Gagnon, who referred to Kanishka as having “transitioned quickly into an independent scientist,” also wrote that he has been “impressed with Sahar’s poise, focus and commitment to research over the last year, which has been particularly challenging for our undergraduate researchers… . Sahar is already the face of STEM research in the College.”

Kanishka’s journey at the U threaded through ACCESS, a signature program of the College of Science. It was a scholarship and mentorship experience that led to re-figuring what research could be. Instead of working primarily on a computer in isolation and doing anatomy lessons from a book, SBS and ACCESS provided her with a hands-on approach in its full cadaver lab. As a pre-med student hoping to earn a joint medical degree and doctorate, Kanishka’s turn as a teaching assistant to professor Mark Nielsen gave her added invaluable experience. ACCESS also gave her a practical skill set, like creating her first research poster and then presenting it publicly.

The same has been true in the Gagnon lab where she says you are free to mold your research experience to your own expectations. Research at the U “fosters an environment of curiosity of real research. It’s really beautiful,” she says, “to have someone [like Gagnon] believe in you like that.” This, she concedes, in spite of feeling at times like an imposter as the child of an immigrant family and as a woman. She’s had to “learn through lots of struggles.” 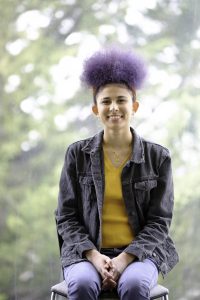 Some lessons from those struggles have been hard won. “You can’t just put science in a box and tell it what to do,” she explains. “I have to allow it the freedom to seek to understand the world rather than to just understand me.” Her joint undergraduate degree in business administration speaks to Kanishka’s sense of the intersectionality of all learning. She was especially impressed with a recent visit by Reshma Shetty, the inaugural SBS Distinguished Lab Alumni who worked with Baldomera “Toto” Olivera in his lab and is a co-founder of Boston-based Gingko Bioworks, a bio-engineering start-up.

But the ballast in Kanishka’s life–both that of her academic career’s and that of her personal story’s–continues to be family. That includes not only her younger sister and parents here in Utah, but also her extended family in Afghanistan and beyond. “I hate that we’re separated by distance,” she says, referring to her overseas cousins, aunts and uncles as “my other parents and siblings. I owe everything to them. They mean everything to me.”

Until she and her extended family are all at least on the same side of the globe, Kanishka has both advice and a caution for her undergraduate colleagues. “Figure out if you want to do something by actually doing it,” she advises, recommending internships for high schoolers not bound for college, including through a program she helps facilitate as a volunteer called Talent Ready Utah. “College can be a business,” she warns, “pumping out students” for a job market they may not resonate with or even prosper in.

But Sahar Kanishka is optimistic about things as well. When asked about the pandemic and the social and economic upheaval, she proffers a winning smile, while adding, “I’m excited to see how college will change and adapt.”